Extreme technology, billions of euros and rooms that are much cleaner than those in an operating theater. This is how a microchip is manufactured.

Toñi Fernández from the Spanish radio station Cadena Ser has spoken with KDPOF CEO Carlos Pardo about the plans to set up a semiconductor packaging plant in the Madrid area. As follows, please see the translated summary of the Spanish audio.

We use microchips from the moment we wake up. Turning on the tap already implies their use; but most of us are unaware of how difficult and extremely expensive it is to manufacture them. Not to mention that some of the raw materials needed are strategic or critical, either because their production is very low or because they are in the hands of very few people.

The fever to produce microchips soars due to high demand: “If they didn’t exist, we’d be back in the stone age”.

To manufacture microchips requires an investment of between 2 billion euros and 30 billion (depending on the size of the chip, the smaller the chip, the more expensive it is), cutting-edge technology and extreme cleanliness, much greater than that of an operating room. One suspended particle per cubic meter is allowed. At home, in your car or in an office, there are up to one million particles per cubic meter. So in the world’s big factories – there is one in Taiwan that produces more than half of the chips on the global market – the first thing out the door is human beings: “It’s all totally automated. There are entire buildings that are factories where there are no people. Everything is done by robots. The only way to get that purity in the air is to avoid having people inside.”

The speaker is Carlos Pardo, CEO of KDPOF, a company committed to manufacturing microchips very close to Madrid in 2024, although leaving out the most expensive and technologically complicated part: the first, the creation of the so-called silicon dice, those that need pristine air for their production. In fact, we are talking about an investment of tens of millions of euros, when billions are needed to create a microchip foundry – which is what these factories that Spain is now looking for are called. Just here we return to the tiny: Apple uses microchips of 3 nanometers, a car can be in the 60 or 100 and there is that huge price difference. Carlos Pardo clarifies that very few use technologies below 10 nanometers, the vast majority use “more mundane technologies”.

We use chips 25 hours a day, from the moment we wake up. When we turn on the tap, the microelectronics will have given the water we consume just the right amount of chlorine. We are not going to touch on the car, the washing machine, the health card or the cell phone, but we are going to touch on the applications that regulate our sleep while we sleep. Total: 24 hours of connection. There will be other sectors that generate 500,000 million euros a year, but the rest depends on this one, the microchip sector, as IMDA researcher Daniel Granados reminds us “we are talking about a cornerstone in industrial and economic development. If there are no chips, we would practically go back to the stone age”.

Right now there is a race for sovereignty over semiconductors. The aim is self-sufficiency so as not to suffer the crisis that has caused the automotive sector to lose 17 billion dollars and which, according to many experts, will not end this year or next. But, beware, we can die of success according to Daniel Granados “now the chip factories are emerging like mushrooms. All countries have launched a plan to have them: USA, Malaysia, Singapore, China, France, Germany, Italy, Hungary, Poland…. We run the risk that in ten years’ time we will see that there is no market for so much production”.

But for the time being its uses are infinite. Headbands capable of reading thoughts are already being tested, but there will be applications – experts warn – that we cannot even dream of.

Original article and interview at cadenaser.com. 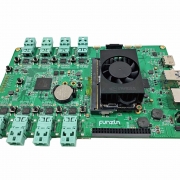 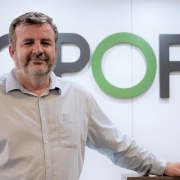 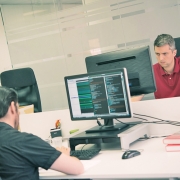